Get fresh music recommendations delivered to your inbox every Friday.

by Harel Shachal & The Ottomans 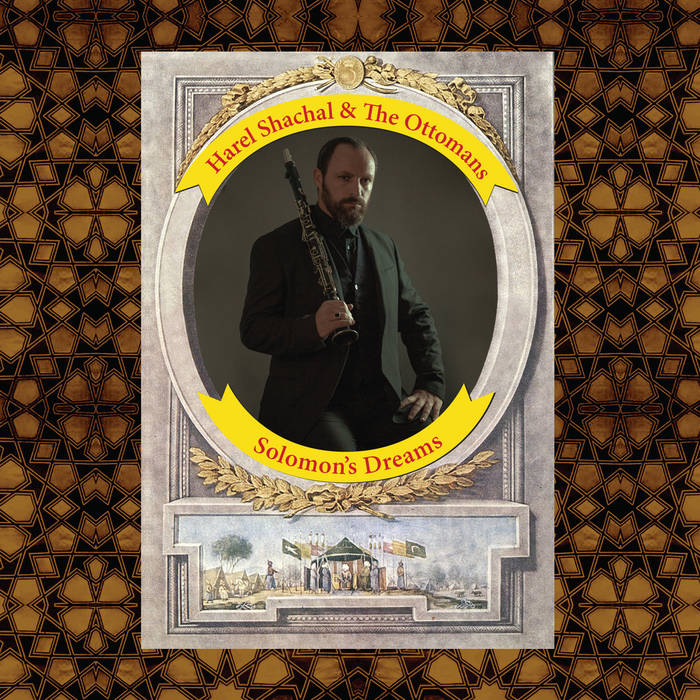 About the Band:
Middle eastern makam (melodic system) played by the clarinet, combined with a jazz-musician's outlook, gypsy-like fluidity and Mediterranean spices, were the mix that Harel Shachal had in mind when forming “Harel Shachal & The Ottomans.” He found unique musicians who shared his passion for middle eastern music and ottoman makams while possessing deep knowledge of western music. Performing weekly for over four years in the heart of Jaffa's old Ottoman quarter, they've collectively mastered a new style of music -- an Israeli fusion of old and new, east and west.
About the Album:
This is the first album of the band, after five years of performing hundreds of live shows.
The album was recorded live

Harel's notes:
It has been seven and a half years since I moved back to my homeland, after many years abroad. During this time I formed a new band, "Harel Shachal & The Ottomans". Not in my wildest dreams did I expect to be so fortunate as to have such amazing musicians as part of my journey -- they've become my musical soulmates.
Five years have passed since I formed the Ottomans, five years filled with long hours of performing a vast repertoire of music and which have resulted in the unique sound of a unified band. I am very proud of this sound.
This year I decided that it was time to record. I felt that it was very important that the recording capture the live sound of the band, and to not over-produce it.
On April 28th we went into the studio and recorded nine tunes and one beautiful Oud taksim by Yaniv.
I wish to thank my fellow musicians for their sheer talent and their spirit of unconditional giving.
I dedicated this album to my father Shlomo (Solomon) Shachal. He passed away a year and a half ago after a long battle with cancer.
Sitting by his side for days and nights, while he was sleeping, I found myself wondering what he dreamed of. Often he would talk in his sleep and appeared to relive deep, spiritual experiences. I dedicate this album to him and name it "Solomon's Dreams". This is also the name of the 10th track in the album.
Thank you
Harel

Bandcamp Daily  your guide to the world of Bandcamp

Little Brother joins the show to discuss their beautiful journey, plus tunes from Fat Tony